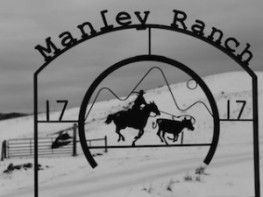 The future of the gray wolf is uncertain. The polarized debate over killing wolves and the search for a middle ground is the subject of a new investigative TV special Shades of Gray: Living with Wolves, produced by Link TV’s environmental news magazine Earth Focus and Ecostorm / Ecologist Film Unit.

In the film, Earth Focus travels to Montana and Wyoming to gauge the views of ranchers, hunters, scientists, taxidermists, conservationists and a former Governor of Montana. It explores the complex middle ground of hard truths and innovative solutions in the polarized battle over the place of wolves in the American West.

Gray wolves once ranged across North America. But by the 1930s, they were nearly extinct — trapped, poisoned and hunted by ranchers, farmers and government agents. With protection under the 1973 Endangered Species Act, the wolf population rebounded.

But when wolves lost federal protection in 2011 and wolf management became an issue for the states to decide, hunting was again permitted in many areas. Recently trapping and snaring were also allowed in some states, leading many to question the fate of this once endangered species…

The investigation is now available online at www.linktv.org/earthfocus