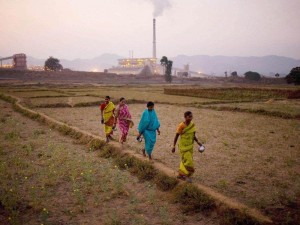 The Church of England has sold major holdings in the controversial British-owned mining company Vedanta Resources plc after admitting it has no confidence that the company is respecting the humans rights of local communities in areas of operation.

An Ecostorm investigation for The Ecologist magazine and The Independent newspaper last year revealed that the Church was among a host of well-known British companies and institutions who hold shares in the company. Halifax Pension Fund, Lloyds TSB Group Pension Fund, Norwich Union Life and Pensions Ltd and Prudential Managed Pension Fund, Land Rover Pension Trustees Ltd and Unilever Pension Fund were among those exposed as beneficial shareholders in the controversial mining conglomerate.

A number of local and regional authorities – including Suffolk County Council, Havering Borough Council and Hertfordshire County Council – also have investments and all are now under pressure to sell their holdings too.

Vedanta has been criticised by NGOs and the UK Government for failing to properly consult tribal populations about plans for a bauxite mine in a remote part of eastern India. The mine would devastate a mountain that is considered sacred by the indigenous population.

The Church had sent a delegation to meet officials from the company in November 2009 to see for themselves the company’s on-going mining activities. However, after meeting senior management they had no confidence the company would improve its ethical behavior.

‘I am a passionate advocate for engagement with companies when we have ethical concerns,’ said John Reynolds, chairman of the Church’s Ethical Investment Advisory Group (EIAG). ‘However, after six months of engagement, we are not satisfied that Vedanta has shown, or is likely in future to show, the level of respect for human rights and local communities that we expect of companies in whom the Church investing bodies hold shares,’ he said.